Microplastics? Not even for Christmas ornaments!

Plastics are a threat to the environment now recognized as a global problem. Decades of careless use have led to large concentrations of plastics in the ocean, which becomes brittle over time and with the action of the sun and the waves,  creating small fragments - the so called microplastics. Besides these microplastics there’s also the pellets used as raw material in the industry, the microspheres contained in hygiene products and the fibers from clothing.

Microplastics are present all over the ocean and on beaches around the world, including Portugal. They are hard to avoid, being found in rivers, in the air we breathe and in some foods. Most microplastics come from land-based activities, due to poor waste management and inappropriate behaviors. Other come from fishing and other maritime activities. Often invisible to the naked eye, these particles adsorb persistent organic compounds in the water and release toxic additives. Microplastics are ingested by many marine organisms that mistaken them for food, and can then reach human populations through the consumption of seafood.

This is a complex problem, but there are initiatives to reduce microplastics and we all have to do our part as consumers and citizens. Each of us can make daily changes that will allow a global change, such as reducing the use of plastic, reusing or recycling used containers, and refusing cosmetic and hygiene products with microplastics.  Moreover, as citizens, we must involve the different stakeholders and ask for legislation based on knowledge and good practices, consider the life of products in order to produce less waste and promote a circular economy. 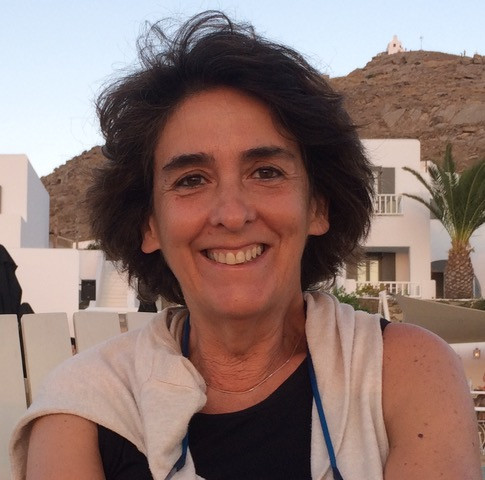 She has developed research on microplastics and marine litter since 2008 and coordinates the pioneering project "Poizon - Microplastics and Persistent Pollutants". A double threat to life at sea." She coordinates the European project "MARLISCO - Stopping Marine Litter Together - Marine Litter in European Seas - Social Awareness and Co-Responsibility" in Portugal. Under the JPIOceans intergovernmental platform (Joint Programming Initiative for Healthy and Productive Seas and Oceans), Paula coordinates at national level the scientific research projects "BASEMAN - Microplastics Analysis in European Waters" and "PLASTOX - Direct and indirect ecotoxicological impacts of microplastics on marine organisms. "

Expert in microplastics at FCT-MCTES, Paula Sobral is a member of the GESAMP (Joint Group of Experts on the Scientific Aspects of Marine Environmental Protection - United Nations) and has collaborated with different institutions and government agencies in the implementation of the Marine Strategy Framework Directive. She is a founder and current president of the Portuguese Association of Marine Litter that develops activities of dissemination and communication of science on the topic of marine litter and microplastics.