Life´s other secret: The new mathematics of the living world 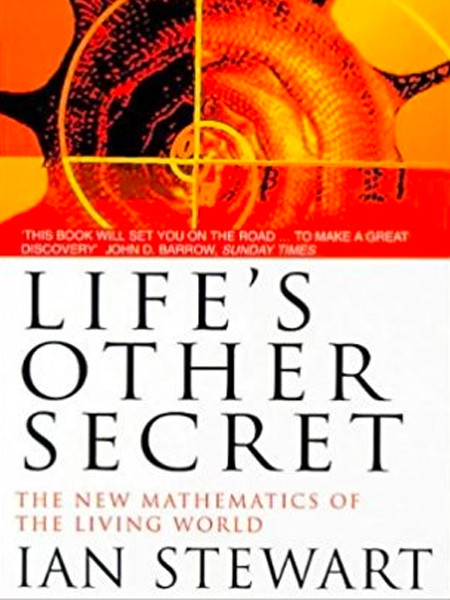 Is there an underlying set of principles that connects the pattern of a tiger's stripes with the design of a butterfly's wings? Are there hidden laws of life that lie deeper than DNA? According to award-winning science writer Ian Stewart, the answer is yes, and the hidden rules are called mathematics. In Life's Other Secret, Stewart exploits a realm of pattern and beauty that links the pulse of life with the creative enterprise of mathematics. Pointing to what he describes as an exaggerated emphasis on the power of DNA in determining the shape and behavior of life-forms, Stewart compares DNA to a recipe book of ingredients, quantities, and sequences: very useful, but far from a complete plan of the final result. Beneath the genes lies the rich texture of the physical universe with its deep patterns, forms, structures, processes, and systems a world of infinite subtlety that can be described only through mathematics. Genes may move a life-form in a specific direction, but it is the mathematical laws of chemistry and physics that control an organism's response to its genetic instructions. With the visionary work of the zoologist D'Arcy Thompson as his touchstone, Stewart unfolds a series of dazzling mathematical patterns in the organic world: the ethereal spiral of the nautilus shell, the fluid forms of a jellyfish, the boastful beauty of the peacock's tail, and the amazing numerology of floral petals. He leads us to a place where number and nature coalesce, and where the order of mathematics manifests itself in life. Life's Other Secret teems with surprising insights. Stewart describes how complexity theory may help explain the origin and evolution of life, and how the Fibonacci number sequence of 1, 2, 3, 5, 8, 13, 21, 34 seems to rule the number of petals, stamens, and other parts of most plant life. He traces the mathematical patterns of locomotion through the broad range of limbs, wings, muscles, and fins. We learn about hidden mathematical order in flocks of birds, crowds of humans, and in the firing patterns of fireflies. The very nerve cells that relay the perception of these natural phenomena to the brain are most accurately described by mathematical models. Through this eye-opening tour of an exciting new area of research, we perceive a growing sense of the wonders that will come out of a union of biology and mathematics, a union that will provide a deeper comprehension of the fundamental forces of life.